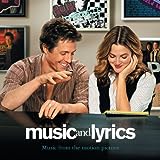 Rating: Worth a Full Price Ticket –

Synopsis: Hugh Grant plays Alex Fletcher, a former 1980s pop star, who now spends his time playing small venues at theme parks and class reunions. The big pop star of the now is Cora Corman and she wants him to write her a new song about her recent breakup and finding love again. He hasn’t written anything in a decade and that was just the music, as his former band mate was the lyricist. Alex comes across Sophie, played by Drew Barrymore, his substitute plant lady. He thinks she could be just what he is looking for in a song-writing partner even though she doesn’t think so. Comedy and romance ensues.

Review: Music and Lyrics is a romantic comedy that hits all the right notes. Cliche? Well, yes, both that previous statement and the movie are, but it wouldn’t be a romantic comedy without them. A good romantic comedy doesn’t have to be full of originality to be good. It needs to have characters you care about in a somewhat believable, however contrived, situation and ones you want to see end up together. It also has to be funny. Music and Lyrics does both very well, with a story about second chances in life and love while simultaneously lampooning pop music of the 1980s and today.

Hugh Grant as an aging former pop star, Alex Fletcher, from a fictitious group called “Pop,” was great. He has most of the good lines in the movie. Seeing him try and relive his glory days at amusement parks and class reunions was very funny. Especially the 1987 class reunion scene and who is crowding the stage and who isn’t. He gets a chance to get into the spotlight once again, if he can write a new song for of the biggest pop stars of today.

The song is for Cora Corman, the stand in for a Britney Spears and others type. She has recently broken up with her boyfriend and found Buddhism, although very superficially. Her attempting to show her newfound spirituality through her music is hilarious and very Madonna. She wants Alex, whose songs got her through a tough time as a child, to write a new song for her. It just has to be about finding a “Way Back into Love.” He doesn’t have long to complete the task and was never much for writing lyrics, as he was the one providing the melody for his former band’s songs.

Drew Barrymore embodies that sweet, semi-neurotic cuteness that has served her well in movies like Never Been Kissed

and The Wedding Singer

. She is the adorable but broken Sophie. Once a promising young writer, now she comes up with slogans for her sisters weight-loss company. She meets Alex after taking over for a friend who cares for people’s plants. After much convincing, she decides to work with him on the song.

While Music and Lyrics is very enjoyable, it does suffer from what most movies do. It gives away too much in the trailer and promos. At least in this case, they didn’t give it all away. One of the jokes in the trailer doesn’t even make the final cut of the movie.

Harkening back to the 1980s in which I grew up, this movie was “Rad!” and worth a full price ticket. What did you think of Music and Lyrics? Leave your thoughts in the comments.

Previous: A Breach in the Bridge to Terabithia by a Ghost Rider Needs Inspecting