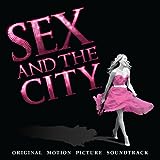 Rating: Worth a Rental

Synopsis: Carrie and the girls all got their happy endings at the end of the series. As the movie opens Samantha is in L.A. living with and managing boy toy Smith Jerrod. Carrie is still with Big. Charlotte and Harry are living blissfully with their adopted daughter. Miranda and Steve are together with their son, but with a lot less bliss. Carrie and Big decide to move in together and then to get married. Miranda gets some devastating news from Steve. Samantha puts on a few pounds denying her wants. Charlotte puts on a few pounds getting what she wants. Couples breakup. Couples get back together. One stays single. But, they all live happily ever after once again.

Review: Went into the Sex and the City movie pretty clean, having never seen a complete episode of the series. Had seen plenty of clips, caught a minute or two here and there while flipping channels, and obviously had seen the ads and trailers for the movie, but have just never got the attraction. So, with that in mind, let’s talk about the movie.

Sex and the City is long and predictable. It has plenty of good lines and funny moments, although a frisky dog is a bit overused. Yet, sitting here about 10 hours after the movie ended, can’t really remember any of them. But, where things really go wrong is with all the drama.

You need conflict to create a compelling story, even in a comedy, but this all just seem so contrived in order to have a reason to extend the Sex and the City franchise. Begin with happy couples. Pull them apart. Put them back together. They live happily ever after. You just knew that everybody was going to end up with a happy ending once again. They couldn’t do anything else, because fans of the show would’ve been pissed. Knowing this just made everything feel so predictable.

What is worse, is that the predictability is so, well…predictable. Too much of what happens is so overtly telegraphed. Foreshadowing is one thing, but you’ve got to be a little clever about it. For example, if you don’t know what the password is as soon as Carrie sits down at the computer or how things are going to end up for Carrie and Big after they argue about the wedding, then you’ve never seen a movie before.

Another problem was the length. At times it really seemed to drag. In a half-hour show, you tend to focus on a main story and a side story and over the course of the season everyone’s story moves ahead. So, with four main characters, they had to come up with something for each to deal with in the movie. That makes it like four super-sized episodes blended together.

Overall, Sex and the City is probably worth a rental, especially if you’re a fan of the HBO TV series and have about two and a half hours to spare.

Have you seen Sex and the City? What did you think about the movie? Let us know in the comments.