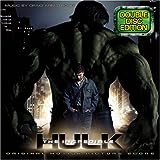 Rating: Worth a Matinee

Synopsis: A scientist who has been poisoned with gamma radiation while testing his theory on himself now lives in seclusion and separated from his former life and the woman he loves. He is being tracked by a military general that was in charge of a secret government program to create super soldiers. He wants what is inside, what makes this scrawny scientist turn in to a beastly hulk. This leads to confrontations between he and the military. A soldier that has been supped up by another serum gets turned into another beastly abomination. This leads to one final confrontation in the streets of New York City.

Review: The Hulk is big, mean, loud and green, but his movie wasn’t all that incredible. It is a fun time at the theater, but if you were hoping for another Iron Man, you will be a bit disappointed.

The Incredible Hulk drops you into the story long after the accident that created the creature inside Bruce Banner, played by Edward Norton (The Illusionist), that comes out when he gets hungry…err, angry. I was hoping for a movie that is a reboot of this story on film, would tell the story from the beginning. Not in bits and flashes through the opening credits. This is what I liked about Batman Begins

There are some good bits of humor, like the purple stretchy pants, the way Stan Lee’s (Incredible Hulk creator) cameo is worked into the story, Lou Ferrigno’s (Incredible Hulk) cameo and the hungry bit that was alluded to above. It was also nice to see Bill Bixby (Incredible Hulk), show up in a clip from The Courtship of Eddie’s Father as Bruce changes the channels on his TV.

The good thing about this incarnation of The Incredible Hulk is that the special f/x make it seem more realistic, not as fake looking as The Hulk animation was. It allows you to suspend your disbelief much easier and enjoy the movie. Much of what you see on screen was computer generated and it is done extremely well.

There are lots of great actors in The Incredible Hulk, but they don’t really get to do much. You don’t get a lot of character development. You get your typical bad guys, but Tim Roth (Dark Water), as the soldier in charge of capturing the Hulk and William Hurt (Vantage Point), as General Thunderbolt Ross, don’t really do a whole lot. The standout is Liv Tyler (The Strangers), as Betty Ross. Many of her best scenes are with the Hulk, which means she is acting without being able to see who she is acting with. Yet, those scenes are some of the best of the movie.

Overall, it is worth checking out a matinee, cause you should definitely go see it on the big screen. And, you don’t need to wait until after the credits to leave, since Tony Stark shows up right before the credits roll. Although, it might have been more effective had they played it after the credits, as they did with the Nick Fury scene in Iron Man. It was a good scene that hints at the future of the Marvel movie universe. Yet, what it really did was remind me how much better Iron Man was than the movie I just saw.