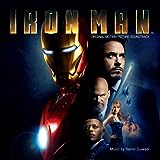 Rating: Worth a Full Price Ticket

Synopsis: A billionaire industrialist, who is a genius inventor and notorious playboy, is captured in Afghanistan after demonstrating his company’s latest weaponry. A fellow captive saves his life. Together, instead of building the weapons their captures want; they set out to build a powered suit of armor to aid their escape. During the escape his, now friend, and fellow captive is killed. He returns home a changed man, who wants to change his ways. He starts working on a new and improved version of the suit, so he can protect people.

Review: Iron Man is one of the best movies in the comic book genre. It ranks up there with Spider-Man and Batman Begins. It gives another great example of what can and should be done when turning comic books into movies. But, it isn’t just that, it is also a really good movie in general.

Iron Man does the main thing that should be accomplished, in the first of a possible comic hero franchise, it tells you the origin story, in detail. No five-minute overviews or voiceovers, etc., so you can get right to the action. You get to see how Tony Stark, played by Robert Downey Jr. (Zodiac, Kiss Kiss Bang Bang), becomes Iron Man. This is the reason why I liked Spider-Man

so much, they both spent time on the how and why before getting to the saving the day. There is plenty of time for that in the next one, which in this case looks to be Summer 2010.

Jon Favreau (Zathura, Elf), he also appears in the film as Stark’s driver Hogan, opens the film with a bang and then flashes back and takes you through the events leading up to his capture. This grabs your attention and then allows you to get to know the Stark character before his capture. You then see his captivity, first suit creation and escape. The escape being the next time there is any action. Yet, you never lose interest. The bulk of the action is in the second half of the film.

Next, you follow his building of the Version 2.0 prototype. This is filled with a lot of slapstick type comedy, as he perfects his suit, things don’t always go well. This section is a whole lot of fun. It provides a great comic interlude between the seriousness of his captivity and his using the suit in battle for the first time. There is actually a lot of comedy throughout the whole film.

As someone that new nothing about the Iron Man comic characters going in, I really enjoyed the movie. Iron Man is worth a full price ticket and makes for a great start to the summer movie season, even if it is still spring. Oh, and don’t be in such a hurry to get out of the theater before the credits finish, as everyone else I saw it with was, if you want to see Samuel L. Jackson (Jumper, Coach Carter) as Nick Fury, the Director of S.H.E.I.L.D., talk to Stark about the “Avenger Initiative.”

What did you think of Iron Man? Let us know in the comments.

Next: What New Movies Come Out Friday, May 9th?